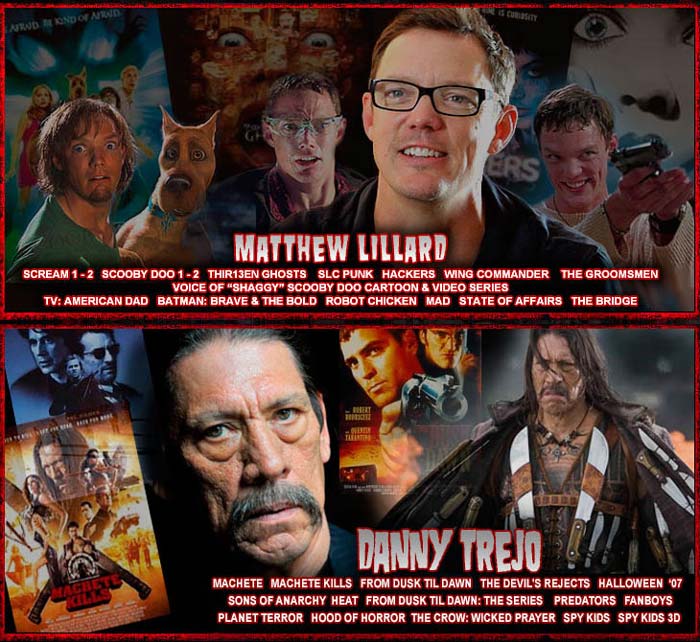 The Fright time hits Philadelphia this weekend as Monster Mania Con showcases the best of the Horror Movie world with film enthusiasts travelling from across the world to be involved. Monster Mania Con boasts a great roster of guest appearances this year for what is promising to be the best event yet.

Guests include Matthew Lillard, an actor best known amongst Horror fans for his outstanding role in both Scream 1 and 2. Danny Trejo is also another headline name at the convention, he played a great role in Machete and also a fans favourite and Tarantino classic, Dusk til Dawn. Tony Todd is also another name that jumps out at me as he played the lead role in the 1992 classic Horror movie, Candyman. I was 12 years old on its release and saw it a year or so later. Suffice to say, my brother and I regularly tried saying Candyman five times in the mirror, but alas, he never seemed to make the trip across the pond to little old England.

Here at Red Rock Entertainment, we are huge fans of the Horror Genre and are involved in bringing our own interpretations of the Genre to life.

From Paul Hyett, director of the acclaimed film, The Seasoning House.

In a darker age, superstition overrules common sense and faith tested to its limit. Amid such darkness, the currency is fear and suspicion. At the heart of our story is a young woman, Persephone. Her past is a mystery that we feel compelled to discover. Her present, in contrast, cannot be clearer as we find Persephone accused of the murder of her master and mistress; she apparently devoted employees and protectors.

From Writer and Director Steve Stone.

A powerful business executive returns home to his family and their lavish lake house for the weekend. Within hours of his return, a cataclysmic event takes place out there in the landscape. The world beyond their garden is now deserted, the skies above them threatening and toxic.

A group of young people head to Ibiza for the holiday of lifetime – all the sun, sea and sex they can handle. After only one drunken evening, the friends desperately need to find a way off the island when a zombie outbreak quickly spreads amongst the revelers.

A group of young people head to Ibiza for the holiday of lifetime – all the sun, sea and sex they can handle. After only one drunken evening, the friends desperately need to find a way off the island when a zombie outbreak quickly spreads amongst the revellers.

Investing in the film industry can offer unlimited potential for returns. To learn more about the benefits that are involved in film investment, visit the link below.

WHY INVEST IN FILM