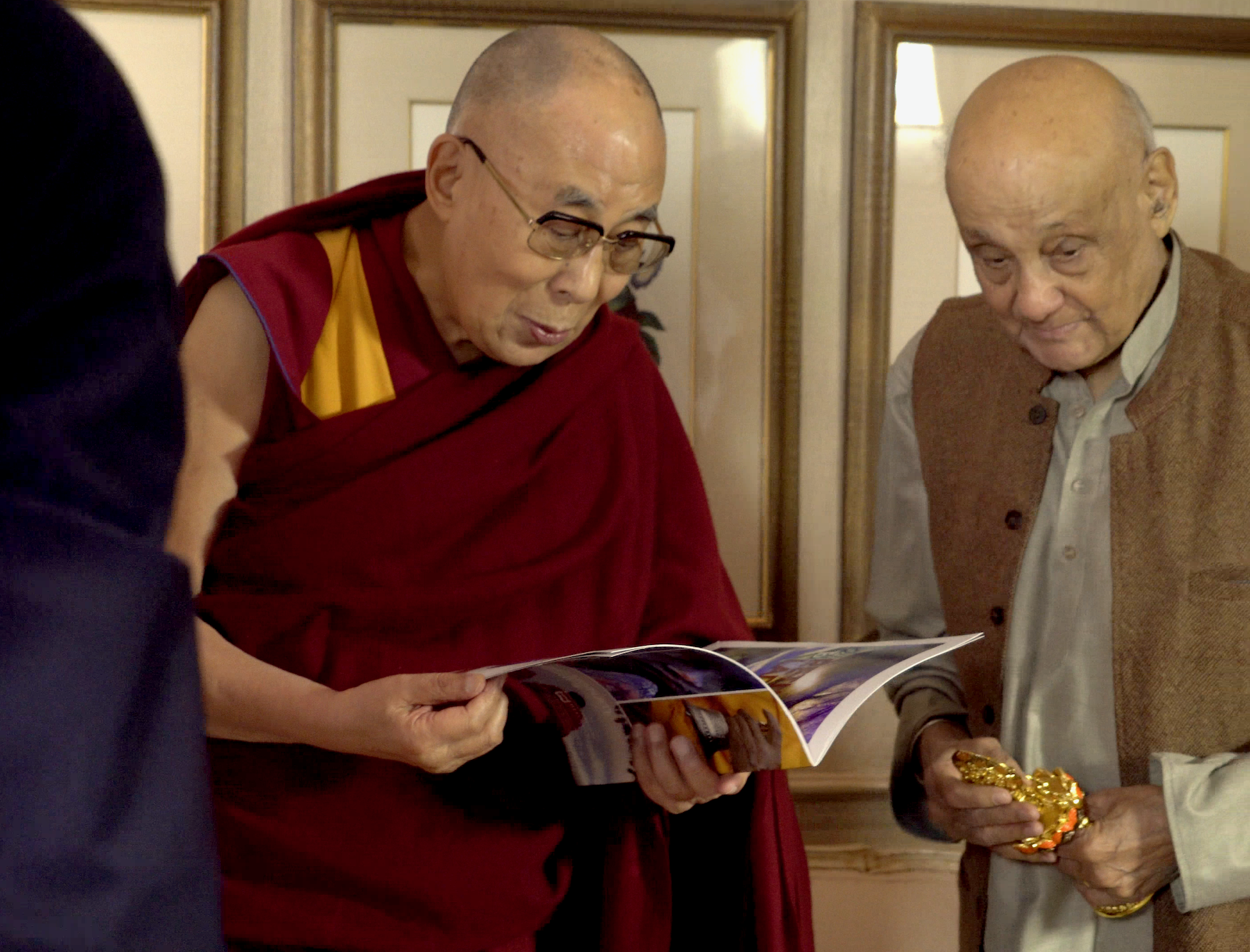 The Dalai Lama reading the Red Rock Entertainment brochure of the documentary, “An Officer & His Holiness.” A Officer and His Holiness is a story about the Dalai Lama’s escape into India, a fascinating cultural and political story and has been a well-kept Indian family secret for well over 50 years, known only to the family and high ranking government officials who were close to the Dalai Lama. Many people are aware that the Dalai Lama escaped from Tibet and sought sanctuary in India, where he has remained ever since.