The first official trailer of That Good Night. 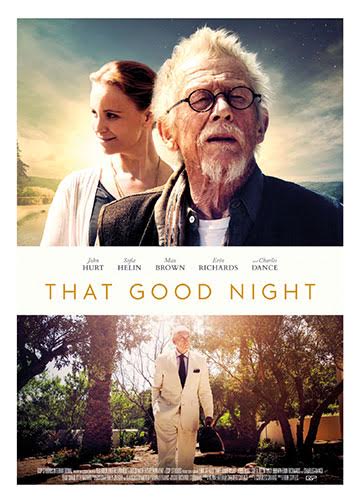 “Ralph (John Hurt), a once-famous screenwriter and film director, is in his seventies and terminally ill. He has two final missions in life: to be reconciled to his long-abandoned son, Michael (Max Brown), and, secretly, to ensure he is not a burden to his younger devoted wife, Anna (Sofia Helin), as he goes ‘into that good night’. Set in their luxury villa in the remote hilltops that surround the Algarve coastline of Portugal